10 Years or Life
Reveal, from the Center for Investigative Reporting, October, 2018

Prince Albert dreamed of becoming a merchant marine. But that dream was derailed when he was injured in the Navy. After doctors prescribed him painkillers, he slipped into a pattern of drug abuse and was jailed repeatedly for possession.

Being caught more than once set Albert on a collision course with New Orleans’ draconian habitual offender law (also known as its “three strikes law”), which can be used to impose long sentences – even for nonviolent crimes. Because Albert lived in New Orleans, his fate landed in the hands of District Attorney Leon Cannizzaro. DAs have tremendous leeway in how they charge crimes, and when it comes to this law, Cannizzaro uses it with shocking regularity.

What does it take to get an education — and raise your family and work at the same time? New Orleans’ delightful musical star tells her story.

Where does our food come from, and what exactly are we supporting when we purchase it? This story was reported with support from the University of California Berkeley 11th Hour Food and Farming Journalism Fellowship.

Farm to Table Comes to a Louisiana Jail
Marketplace, February, 2018

What happens when inmates eat the food they grow? This story was reported with support from the University of California Berkeley 11th Hour Food and Farming Journalism Fellowship. 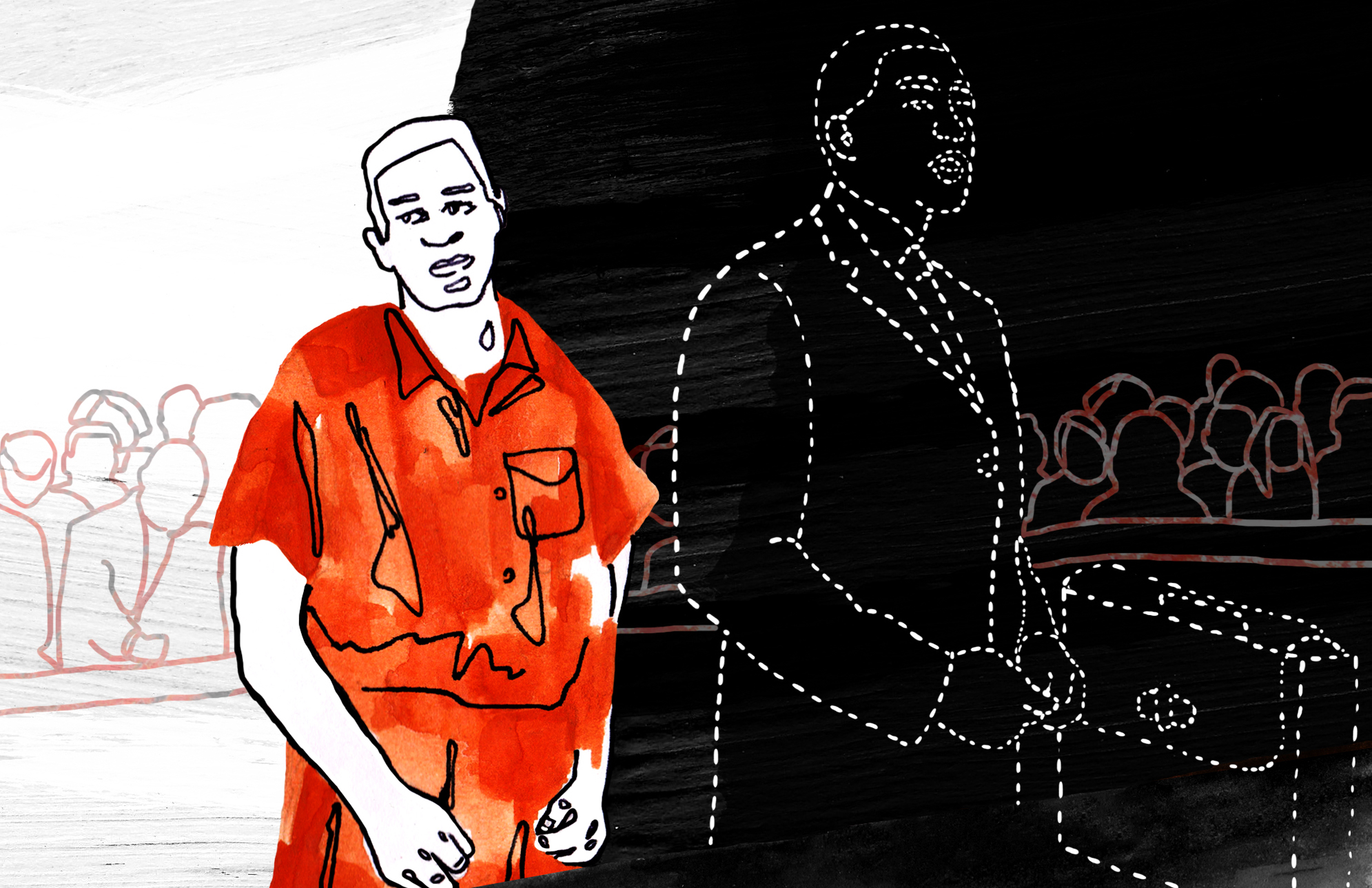 If You Can’t Afford a Lawyer
Reveal, from the Center for Investigative Reporting, December 2016

If you can’t afford a lawyer, one will be appointed to you – that’s how it’s supposed to work. But in New Orleans, Chief Public Defender Derwyn Bunton, the lawyer in charge of representing poor people accused of crimes, is saying no. His office doesn’t have enough money or time to do a good job, he says, so he’s refusing some serious cases, which is jamming up the courts and leaving hundreds of people stuck in jail with no lawyer. Bunton’s goal? To break the system in order to fix it.

The sixth amendment guarantees the right to an attorney, but no where does it say how to pay for it. How New Orleans public defenders decided to throw a wrench in the judicial system in order to inject more justice in it. 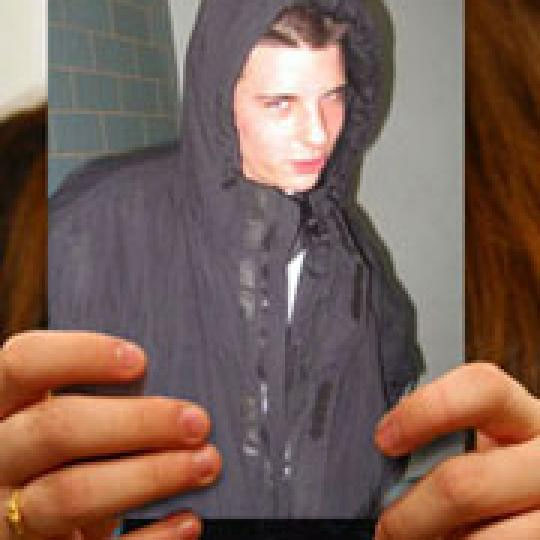 A Light from the Other Side
This American Life, January 2016.

This story originally aired on TAL as “Redemption by Proxy” in 2007.

Sometimes a story unfolds right in front of you. This one, about two former students and a former colleague, demanded my attention.

One hundred and fifty years after the Battle of New Orleans, the US government commemorated its victory by obliterating an African American community founded by formerly enslaved people, in order to make way for a national park.

Back in 2014, one of my favorite farmers, Donnie Pen Travis, invited me to his Mississippi farm to tell me how he left the South and then came back again. Since making this story, Pen passed away in his sleep. Another farmer in the Indian Spring Farmers Cooperative told me: “He’s gone to that big farm in the sky.” Pen would be glad to know that since his passing, his nephew Terrance has taken over the farm.

Baby Dolls Assert Their Place by Parading in the Streets
WWNO, February, 2015

Most Americans hear the phrase “slave trade” and picture ships sailing across the Atlantic Ocean, with captured Africans chained inside, terrorized and sick. But twice as many people were sold in the Domestic Slave Trade, which forcibly moved over a million people, primarily from the Upper South to the Lower South, primarily over land and on foot. After the United States outlawed international slave trading in 1808, New Orleans became home to the nation’s largest domestic slave market.

Who Sang it First? Mockingbirds and Musicians Cover Each Other in New Orleans
NPR, October 2014

In certain worlds of New Orleans music, there is a special sound — a signal — which lets players know it’s time to pick up their instruments and strike up the band.  But where did this signal come from? (Huge thanks to Katy Reckdahl for her brains, the fuel behind this story.)

Fifty years ago the Beatles crossed over to America, and it seemed no one could unseat them from the top of the charts. But three girls from New Orleans’ Calliope Housing Project did just that, scoring a #1 Billboard hit. The Dixie Cups “Chapel of Love” featured the harmonies of two sisters — Barbara Ann and Rosa Lee Hawkins — along with their cousin Joan Marie Johnson.

It used to be that most kids went to places called schools to get their education, and in those schools, kids were called students. But in recent years, the vocabulary around schooling – especially in urban areas, and especially when it comes to charter schools – is changing.

Allison Miner’s Spirit Lives on in the Jazz and Heritage Festival Stage Named for Her
WWNO, 2013

When New Orleans Jazz and Heritage Festival first began in 1969, it was radical. Here in the South, still reeling from the Civil Rights movement and race integration, the festivals’ founders — Quint Davis, George Wein, and Allison Miner – created a safe space for New Orleanians to come together, to hear each others’ music and to party — together.

Take a walk in the New Orleans forest hiding in plain view. (Loads of other stories Eve produced about New Orleans non-profits, as part of the Community Impact Series, can be found on wwno.org/people/eve-abrams)

When Fernando hit my car, I didn’t know his name. And I had no idea that a hit and run could turn into a friendship.

This beautiful urban farm doesn’t just raise vegetables. In the process, it nurtures people too.

‘tit Rex is a parade in miniature. It’s name plays on both it’s French translation – little king – and also what it literally sounds like: the abbreviation for the huge predator dinosaur, Tyrannosaurus-rex. But the “Rex” in ‘tit Rex spurred controversy with another, 140 year old Carnival Krewe, which questions the legal precedent of this word play.

When Wardell Quezergue turned 79, he was still arranging and producing records for the likes of Dr. John, Paul Simon, and Willie Nelson. Loyola University conferred an honorary Doctorate of Music on Mr. Quezergue.

During the BP Oil Disaster, when oil spewed uncontrollably into the Gulf of Mexico week after month with no end in sight, a group of first graders had a lot to say about it.

When most Americans hear Arabic, it’s often on the news and in the tones of strife. Two poets living in New Orleans, set out to change that with their bilingual journal of arts and letters, Meena, which means port of entry in Arabic – a fitting name for this journal produced in the ports of New Orleans, Louisiana and Alexandria, Egypt.

Rabbi Mural Gets a Repaint
WWNO, 2009

An artist returns to New Orleans to redo his iconic mural.

In 1892, Homer Plessy was thrown off a train and arrested for riding in a railway car designated whites only. His planned act of civil disobedience eventually made its way to the Supreme Court in the landmark case Plessy vs. Ferguson, marking, for some, the beginning of the civil rights movement. Over one hundred years later, the plaque commemorating this event is the work of two descendants: a Plessy and a Ferguson.

The Woman Behind the Signs
WWOZ’s Street Talk, 2008

There’s a font you won’t find in any style manual or drop-down menu that every New Orleans festival-goer knows. Meet the woman whose handwriting means music.

In the years after Hurricane Katrina, many in New Orleans were struggling with their mental health, but few services were available to help them. Meet the people who drove around New Orleans, responding to 911 calls.

Katrina had just hit the Gulf Coast, and from the safety of my home in Brooklyn, I made one of my first radio stories about the place I love, my future home.

I’d just learned how to make audio stories when I decided to bring my microphone into my classroom and record my sixth graders on one of their final days in elementary school.