A short poem/prayer for our pandemic times.  Music by the incomparable Greg Schatz.

30 for 30 Podcast: Cursed and Blessed

This story was produced for season 6 of ESPN’s podcast 30 for 30.

According to local legend, the Louisiana Superdome was always a haunted place. First plagued by construction problems, then years of bad luck for the Saints — by 2005 the New Orleans team was prepared to abandon the stadium and move to San Antonio. Then Hurricane Katrina hit, and somehow the dome became a symbol for New Orlean’s rebirth. This is the story of New Orleans, through the eyes of its dome. Narrated by Tarriona “Tank” Ball of Tank and the Bangas. 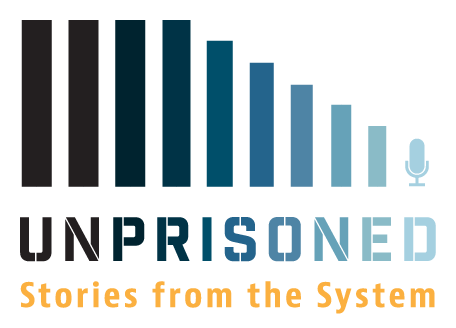 Louisiana is known as the world’s incarceration capital, and New Orleans is its most incarcerated city. Unprisoned tells the stories behind the statistics: the ways our families, neighborhoods, and notions of justice are impacted by our criminal legal system. How are we serving time outside?

Unprisoned’s first season is part of Finding America, a national initiative produced by AIR with financial support from the Corporation for Public Broadcasting. Unprisoned’s second season is supported by a fellowship from the Robert Rauschenberg Foundation.

Learn more about Unprisoned and hear all the Unprisoned episodes at Unprisoned.org. You can subscribe to our podcast on iTunes and Stitcher.

Over the course of 2013, I interviewed dozens and dozens of folks who live, or once lived, in the neighborhoods downriver from the French Quarter, along both sides of St. Claude Avenue, roughly from St. Bernard to Poland Avenue. I asked folks to share stories of their neighborhoods, what they’re like now, how they’ve changed, and how they feel about those changes. These voices became the makings of a seven-part radio documentary, which takes a long view on change and on its newest incarnation, gentrification. Along Saint Claude received the regional Edward R. Murrow Award for best documentary.

This is the entirety of Along Saint Claude, all seven parts in a one hour documentary.

Downtown New Orleans goes by lots of names Marigny, Bywater, St. Claude, St. Roch, the 9th Ward. But a lot of these names are relatively recent inventions. How do these names form our identities? How do the separate and divide us?

Before we lived here, before anyone from Europe or Africa lived here, the geography of this land laid the foundation for everything that came afterwards. In 6 minutes, 300 years of Downtown New Orleans history!

Part 3: The Ninth Ward of Yore

The neighborhoods along Saint Claude Avenue have been lots of things for lots of people, but when today’s old timers wax nostalgic about “the old neighborhood,” it’s often for this place – the neighborhood we now call Bywater.

The neighborhoods along Saint Claude Avenue have been changing ever before they were neighborhoods, but the upheaval known as White Flight, which began in the middle of the 20th Century, drastically reorganized who lives where in New Orleans, and all over the country.

Some people can barely even say the word gentrification. Some blame it for a host of problems. Still others think it gets a bad rap. Let’s get into it.

Part 6: New Kids on the Block

Who are these new people moving to the neighborhoods along Saint Claude Avenue? (People like me, for example.) What does it mean to be “from” here? And why on Earth would anyone want to move to a city that flooded so badly?

Chances are, if you live in a neighborhood along Saint Claude Avenue, you live in an old building. It may even be the reason you live here. These masterfully crafted, aging, often dilapidated houses stand on some of New Orleans’ highest ground. Which means they’ve become hot property. In this episode: real estate, zoning, the arts corridor, restoration, scale, density, and a hint at the future.

Preservation Hall is a sanctuary for New Orleans’ traditional jazz. Using interviews with over thirty musicians – from recent, thirty-something arrivals, to the septuagenarians who’ve been playing at the Hall for decades – this documentary project collectively tells the story of an institution that fosters, preserves, and grows one of our nation’s most valued art forms. This documentary project,made in collaboration with photographer Shannon Brinkman, tell the stories of individuals who keep the music and its culture alive, linking the present to the past.

Bass player, educator, master of Rhythm and Blues, Jazz, and Classical music, Walter Payton passed away on October 28, 2010. He was 68 years old. His long musical career included anchoring the Preservation Hall Jazz Band, marching on sousaphone with the Young Tuxedo Brass Band, and recording hits like Lee Dorsey’s “Working in a Coal Mine.” He spent 25 years teaching music in New Orleans public schools.

The Scene paints a picture of New Orleans music in the 1960’s when Preservation Hall Began.

The British are Coming

The British are Coming tells the story of musicians from around the world who left home and moved to New Orleans for the love of the music and the city which perpetuates it.

Jazz on the Streets

Second lines, brass bands, and the meaning of tradition.

Passing (the Torch) is about passing on and passing the tradition on.

Musicians and their Music

Delightful stories about instruments, music teachers, and assorted tales from the lives of musicians.

The Now and the Future

Some things change over fifty years, and some things stay the same.

Preservation Hall is alive and well and continuing to grow and change.

Every year, around Carnival time, conversations with friends and strangers alike turn to feathers, adhesives, and wigs. You can overhear all sorts of wonderful conversation snippets, like: I want to be an alien, but a disco alien. Stories around adult make-believe are endless.

2007, WWNO and stations around the country

For many New Orleanians, Carnival season is the time to take down the boxes stuffed with glittery fabric and feathers, hit the thrift stores, and start stirring the paper mache. What does costuming mean? A time to escape, a time to play, a time to hide and be seen all at once. And sometimes, your costume becomes something else: it tells you a story about your own life.

Carnival means costuming. And for many people, costuming means a visit to Jefferson Variety: the renowned emporium of fabric, feathers, glitter, trim, and tassel. It’s where Mardi Gras Indians, seamstresses, costumers, and anyone in search of the perfect shade of bling finds what they need to make their Carnival visions come true.

When it Comes to Costumes, NOLA’s Mardi Gras Mischief Is Year-Round Treat

Youth radio reporter Kadija Garner explores the issue of teen pregnancy in New Orleans. What are the options for pregnant teens? How are teen mothers judged by others and themselves? This story was the product of a project called “Listen Up, New Orleans,” which taught young people the art of making radio stories.

Growing Up Without a Father

Youth radio reporter James Oliver tells the story of his relationship with his father, who has been absent for the bulk of James’ life – in part due to a stay in prison. This story was the product of a project called “Listen Up, New Olreans,” which taught young people the art of making radio stories.